The Company has developed technology for the pumping of groundwater from areas of high groundwater salinity with this groundwater fed through a series of condenser ponds with gradually increasing brine content and then to crystalliser ponds in polyhouses from which very high quality salt is harvested. Salt purity is close to pharmaceutical and food quality. After harvesting, the salt is refined and packed for commercial sale.

A major problem facing the environment and the Australian agricultural industry is salinity. There is an acceptance by both government departments and the industry sector that the developed technology will play an important role in combating salinity in the Murray Darling Basin. 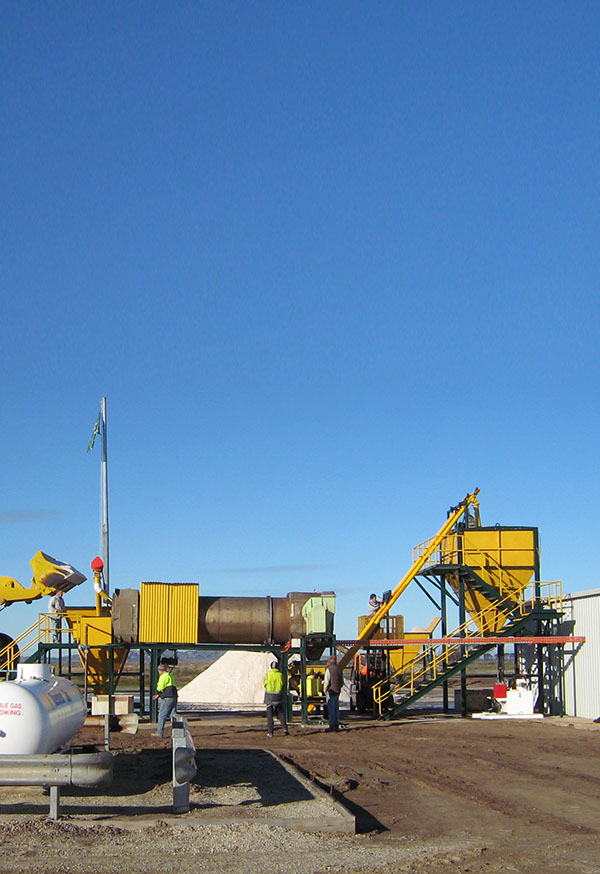 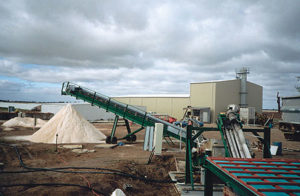 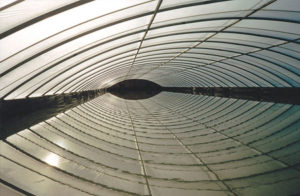 The established operation is located 12km west of the township Pyramid Hill in Northern Victoria. The facility is sited on 128Ha of land owned by the company. Within this facility an office, laboratory and warehousing is established.

Evaporation Pond System
The evaporation system is a series of ponds where the saline water from the bores is pumped into an initial pond. Due to solar evaporation, the salt density is increased. When salt density reaches certain levels the brine is transferred to the next pond ultimately ending in the crystaliser pond where salt crystals are formed.

The evaporation system consists of the following solar ponds:

Salt Processing Facility
Equipment has been installed and is operational for the washing, drying, screening and bagging of salt.

Salt Refining
12 poly- houses (70mx12m) have been constructed specifically to produce a high quality of salt for the food industry. For the production of speciality gourmet flake salt, 15 purpose built machines have been installed.

Solar Pond
The 3000 square metre solar pond is integrated into the pond evaporation system. The pond has heat exchangers installed and is used for delivering a continuous 60 KW energy load in the form of heat to the flake salt drying process.