We Care For The Environment

Pyramid Salt is committed to the environmental management of the Murray-Darling Basin. 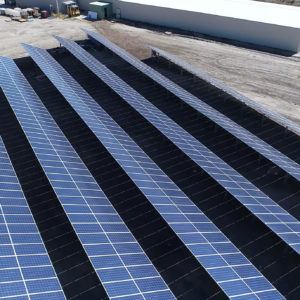 Finally we can say that our new 300kW solar energy collectors are up and running!

This awesome grid network of panels collects a mighty 300kW and able to generate up to 450 MWH of energy per year and will help the business save a lot of money as well as the stunning amount of carbon emissions.

Take a flyover the property in this video:

Our commitment to greening the area has taken one major leap forward in becoming a self-sufficient power generator, creating enough power to help run our production plant.

As they say in the classics; “stay tuned for more developments”. 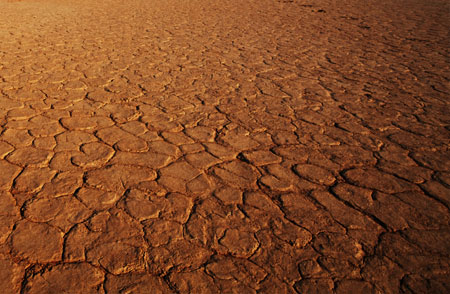 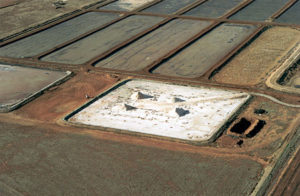 Prior to European occupation, the billions of tonnes of ancient sea salt in the Murray-Darling Basin were stored in the geological profile. However, the introduction of land clearing and inefficient irrigation methods by European settler farmers increased recharge to the groundwater systems.

Consequently the water tables have risen and mobilised the previously dormant salt. The result has been the salinisation of large volumes of groundwater and an increased discharge of natural and induced saline water to the rivers, lakes and agricultural land. The Murray-Darling Basin incorporates 75% of Australian irrigation and provides over 41% of Australiaís gross value of agricultural production.

A chance meeting between John Ross and Gavin Privett in 1991 led to the establishment of Pyramid Salt Pty. Ltd. The company was formed to research and develop methods of land desalinisation through groundwater pumping and commercial solar salt production.

Pyramid Salt has entered into a joint venture with the Murray Darling Basin Authority and Goulburn Murray Water in establishing the Pyramid Creek Salt Interception Scheme. The $12.8 m Salt Interception Scheme on the upper reaches of Pyramid Creek (first 12 Km downstream of Kow Swamp) will lower the groundwater table adjacent to the Creek preventing around 22,000 tonnes of salt from entering the Creek each year. This will result in reduced salinity of downstream waterways including the Loddon River, the Ramsar listed Kerang Lakes and the River Murray.

When you use Pyramid Salt not only do you use the finest quality salt but by purchasing our salt you are doing your part to help our company’s commitment to the environmental management, sustainability and health of our river systems in the Murray-Darling Basin.

Both John Ross and Gavin Privett (owners/directors) have remained committed to keep the company in Australian ownership and where possible sourcing packaging materials from Australian companies.

The company is the largest direct employer of people in the country town of Pyramid Hill Victoria and it supports local transport and engineering operations in the district.