Why do we salt our food? 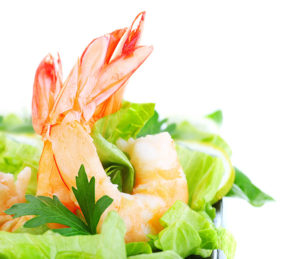 “Saltiness” is one of the five primary basic tastes the human tongue can detect.

The five basic/primary tastes we have are: salt, bitter, sweet, sour, and umami.

Umami is from glutamic acid, primarily found mainly in some meats. Umami is the flavor enhancer of monosodium glutamate, commonly called MSG.

By adding salt to foods, it helps certain food molecules to release into the air, thus helping the aroma of the food. Strangely enough, aroma actually increases our perception of taste.

And salt suppresses the bitter taste function as well, adding to our enjoyment of the foods. It works just as well with sugary products, that’s why it is often a necessary ingredient in sweets & candies.